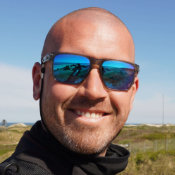 The 180° Shutter Rule
The 180-degree rule is a standard in the film industry, and it explains the relationship between shutter speed and frame rate when recording motion in video. To mimic motion the same way the human eye experiences it in real life, the 180-degree rule states that shutter speed should be set to double your frame rate. When you hear people talk about “cinematic shutter speeds” they are referring to this standard where shutter speed is set at double frame rate, or as close as is possible. (Most DSLR’s have the option to shoot at 1/50th but not 1/48th, so if shooting 24 fps, set shutter speed to 1/50th). 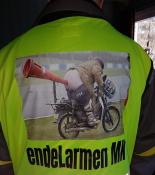 mekkern
Innlegg: 3793
Registrert: 22 jan 2007 11:05
MC: "It's an old motorcycle, the wind is supposed to blow your helmet around, it's supposed to leak oil, the brakes should suck, and every now and then, it should scare you so bad you piss your pants."